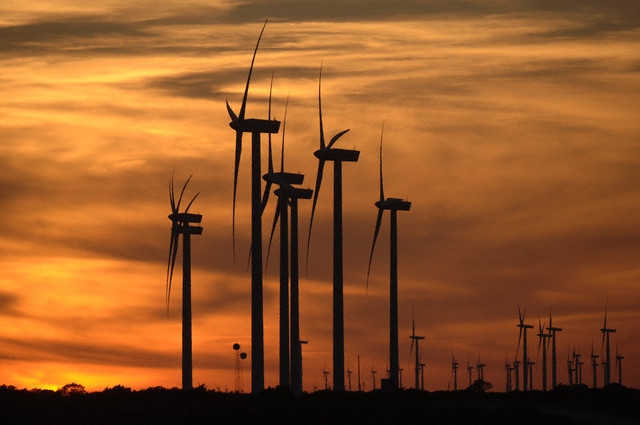 The economics of wind and solar are becoming compelling enough that it’s unlikely coal be able to hold onto its dominant position in the global power mix.

The cost of renewables is plunging faster than forecasters anticipated just a few years ago as as technologies like gigantic wind turbines arrive on the market.

That’s the conclusion of Bloomberg New Energy Finance, whose founder Michael Liebreich estimated that clean energy will reap 86 percent of the $10.2 trillion likely to be invested in power generation by 2040.

In a presentation to the research group’s conference in London on Tuesday, Liebreich said technology that’s slashing the costs of wind and solar farms makes it inevitable that clean energy will become more economical than fossil fuels for utilities in many places. The most visible advance is in the scale of wind turbines, highlighted by the chart below.